What is Shadow Color?

While I was researching about landscape painting in anime style, I noticed that most good paintings used a hue of blue/cyan/purple for shadow. At first, I thought it was just an art decision to use a more saturated colours in painting. But as I spend more time observing shadow colors in real life, I realized there are colours in shadow too. 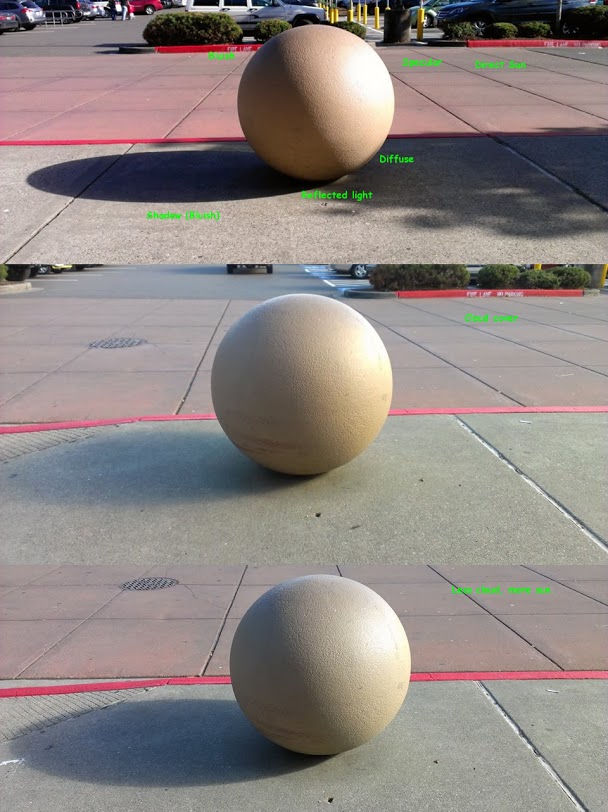 
But why we always thought shadow are black or gray? I assume this is because we tend to spend more time indoor nowaday where the shadow didnt receive enough sky light (ambient). Beside that, cloudy/haze/fog day which block of most of the sky light also cause grey colour soft shadow.

Black shadow usually lit by the sky ambient color which is blue. Look at photos I took below to see the different shades of blue.

In a blue evening, tree shadow which cast by street light is still blue. #222644

6PM, notice how the darkest shadow on the left still have slightly more blue in them. So, use darker blue instead of black in painting. #3F4857 #0E0F3

11AM, the fog glow/glare from the floor on the left bleed into the shadow resulting a brighter shadow colour. #304660

Shadow colour are affect by the object's surface (material) colour too.

One quick way to paint shadow is to seperate the shadow into different layer and use "multiply" blend mode. By using this method, we dont have to worry about what is the shadow color. 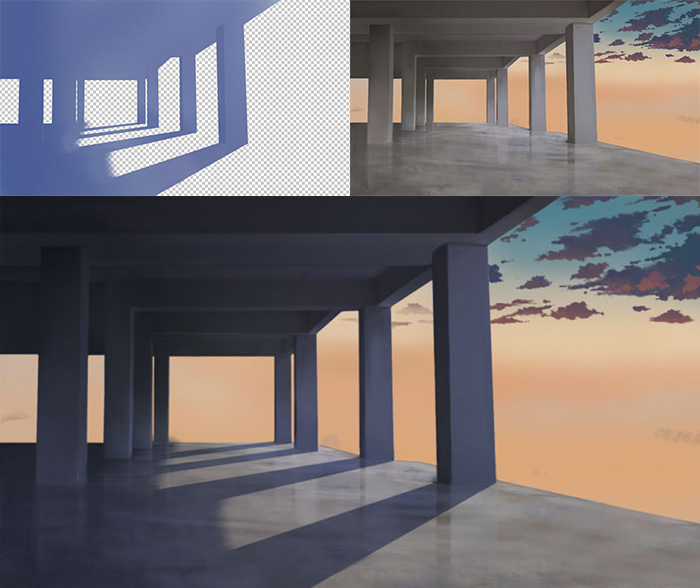 Some of my artwork which feature light and shadow.

If we seperate the shadow in different layer. We can animate them easily too.