Lots of peoples were crazy about the Flappy Bird game a while ago. Although some said the gameplay itself are not that original, but I think it is a interesting game to be recode. So, I spend a saturday night in 2014 to remake this game together with some small changes.

I named my version "Trippy Bird". In my version, the bird will turn into different objects as you progress through the game. 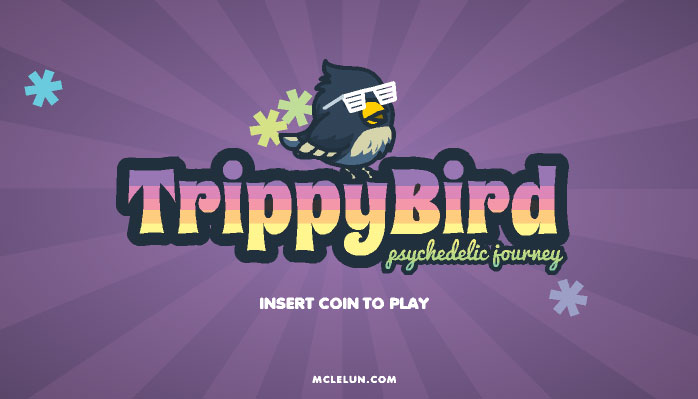 Menu screen, How do I insert coin in FLASH GAME?! FUUUUUU... 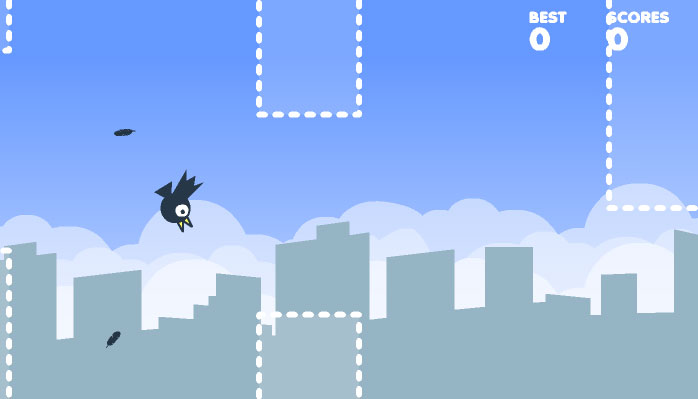 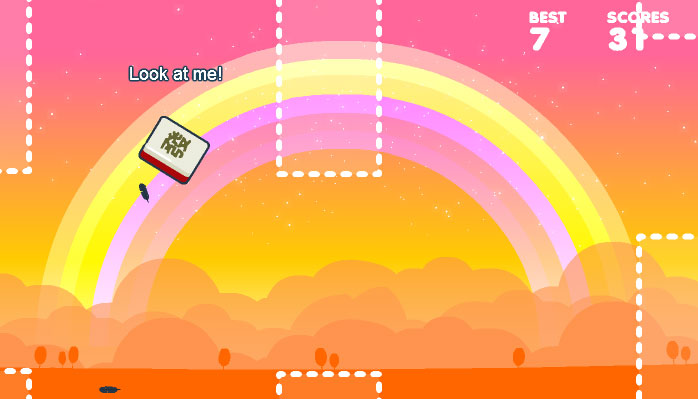 The trippy bird think itself is a Mahjong. 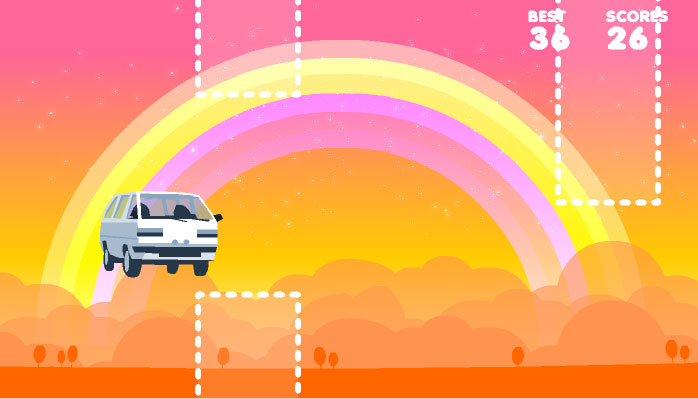 The psychedelic effects is strong.

You can play the Flash game in my deviantart. Trippy Bird Flash Game

You can download a vanilla version of this game. No graphic, sound, music are included. Trippy Bird Flash Source Code
Labels: AS3 Download Flash Game Scripting