Code this classic puzzle game, "Tower of Hanoi" with Flash AS3 in 2011.

The Tower of Hanoi or Towers of Hanoi is a mathematical game or puzzle. It consists of three rods, and a number of disks of different sizes which can slide onto any rod. The puzzle starts with the disks in a neat stack in ascending order of size on one rod, the smallest at the top, thus making a conical shape. The objective of the puzzle is to move the entire stack to another rod.

The game start with 3 rods, A,B and C. Initially, all disks are stack on rod A, and you have to move all the disk in ascending order on rod C to win.

There are few criteria when moving the disk around.

To code this game, we can use 3 arrays to represent the 3 rods, which contain list of values that represent all the disks. The bigger the disk, the larger the number (or the other way round, depend on how you do the condition statement later).

The puzzle can be solve automatically by using a recursive function too, which you can read more in this page, "Writing a Towers of Hanoi program".

You can play "Tower of Hanoi" in my deviantart. I have include the recursive puzzle solving function as well. 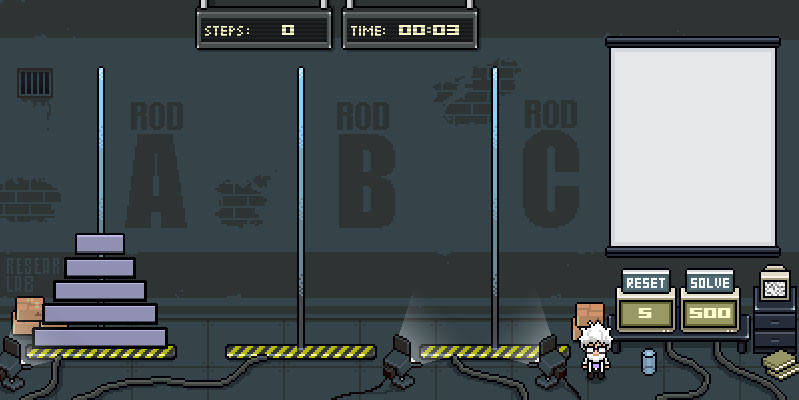